Honor God With Your Body 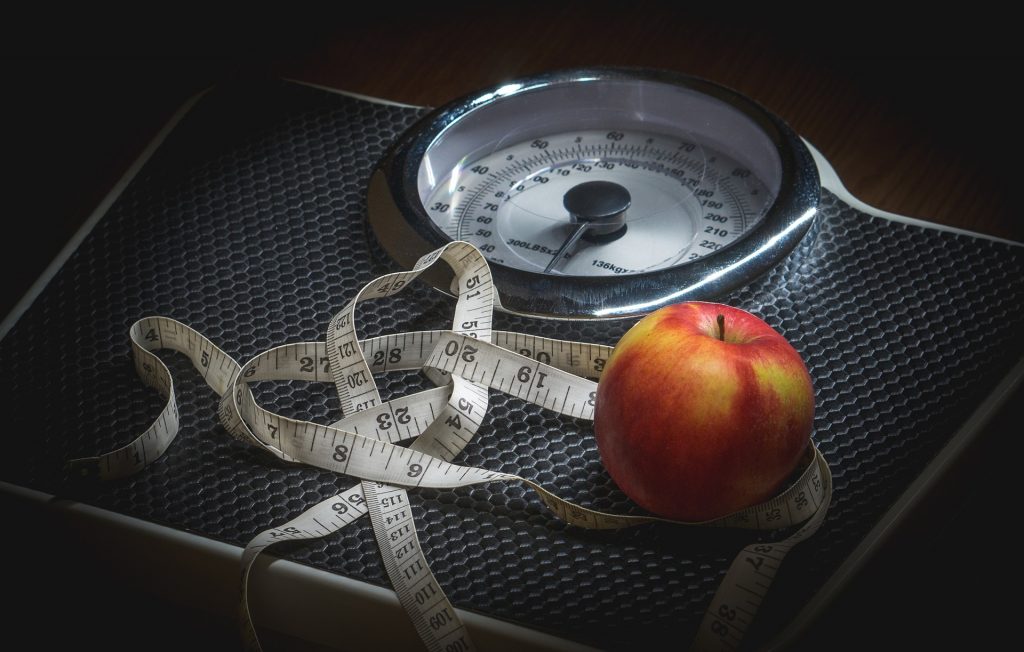 Almost two-thirds of Tulsa residents are overweight or obese. Of those, almost 80% reported their health as being excellent or good.* Apparently delusion expands along with waistlines. We’re losing our health and perspective at the same time.

Two out of three folks in my city are at an increased risk for death, high blood pressure, Type 2 diabetes, heart disease and stroke, along with a host of joint, knee and back ailments.

Scores of factors contribute to this health crisis: people are surrounded by it, busy, defeated and stressed. Others just haven’t reaped the consequences yet – but it’s just a matter of time. Some have temporarily masked their ailments with medication. And then there’s just the cultural pressure.

Two of the seven deadly sins, listed by the early church, are directly related: gluttony (eating and drinking too much) and laziness. The Bible speaks plenty about the subject, and real life experiences show us the value of honoring God with our bodies. So we can’t give up! Physical training is of value. No, it’s not as valuable as spiritual training, but it does hold value (I Timothy 4:8).

When Babylon conquered Jerusalem, Nebuchadnezzar took some of Israel’s best & brightest young men, probably teens. They were trained for three years in language, literature, and culture. They were given a good life, including being fed the king’s food. But one young man, Daniel, requested permission for them to write their own menu.

The proposal makes the official nervous, so Daniel makes him a deal.

“Please test your servants for ten days: Give us nothing but vegetables to eat and water to drink. Then compare our appearance with that of the young men who eat the royal food, and treat your servants in accordance with what you see.” So he agreed to this and tested them for ten days. At the end of the ten days they looked healthier and better nourished than any of the young men who ate the royal food. So the guard took away their choice food and the wine they were to drink and gave them vegetables instead (Daniel 1:12-16, NIV).

At the end of ten days, Daniel and his guys were better physically and academically than those partaking the king’s fatty foods and sparkling wines. Daniel teaches us six lessons that we can’t afford to miss.

God uses the lowly, weak, sick and feeble. But God can also use us when we’re healthy enough to volunteer at a school, lead a Bible study or assist your neighbor with yard work. Of all the things King Nebuchadnezzar must’ve done to offend Daniel (and I’m sure there were plenty), Daniel chose to speak out against the proposed diet.

The trick is to care about our bodies without turning our appearance into a god. Gary Thomas wrote, “View your body as an instrument, not an ornament.” When we mistreat our bodies, they pay us back. Marie Forleo noted, “We overestimate the value of exercise for physique, and we underestimate the value of exercise for productivity.” Exercise can reduce our weight, but when we only hit the gym in order to look better, we start chasing an allusive god. The benefits of increased happiness, productivity, energy and discipline prove that God didn’t create us to live inactive lives.

Daniel lived to be a very old man. His care for his body let him serve God mightily, outlasting kings & the entire Babylonian empire.

Proverbs 23:1-3 says, “When you sit down to eat with a ruler, think about what is in front of you. Put a knife to your neck if you are a man who is given to much eating. Do not desire his special foods, for they are put there for no good reason.” Self Control is a fruit of the Spirit. Discipline is from God. The body is meant for the for the Lord. This is a spiritual issue.

If you are married, God gave you a spouse, so take care of him/her. God has entrusted you with some money, so be a wise and generous caretaker (steward) of that money. And since God gave you a body, be a good caretaker of it too.

My brother-in-law and good friend, Corey, developed bad eating habits, and by the time he entered his late thirties, he was paying a heavy price for it. One day, as he prayed before a meal, God convicted him. He could barely finish saying, “Bless this food to the nourishment of our bodies.” He realized he was asking God to nourish him with something – something he had chosen, knowing full well that it lacked any potential to nourish; it was trash food.

Corey made a change that few are willing to make. Two years later, he’s off medication, he has more energy for his work and family, and he looks like a different person. I love Corey’s story. It reveals that this is indeed a spiritual issue. We must start with our hearts.

Daniel’s simple menu of vegetables and water worked. Trendy diets flood TV screens. You don’t need trendy, but you do need to learn what is healthy. You might be surprised (or horrified) at how many calories were in that gas station brownie you snagged. Find someone who will help you make a good plan, one you can keep. Your plan should include eating lots of stuff that grows on trees and plants, and it should include some form of exercise. It should reduce, not necessarily eliminate, junk food (Big Macs, sweets, pop).  That’s just common sense.

Live in reality. If your current way of life is causing you to become less healthy, admit it. Daniel gave their plan ten days. Regardless of your plan, measure. You should step on the scales some, but you should also evaluate how you are feeling. Do you have more energy to play with that neighbor kid? If so, keep at it.

The king changed everyone’s diet because of Daniel’s results. I bet the other guys were ticked to lose their five-course meals. Daniel risked his life with his decision. Your life may not be at stake if you trade your steak for a carrot, but the pressure is still real. Men, have you ever tried to order a salad while at lunch with a bunch of tough guys? How’d that go over?

It may not be popular. You might be made fun of. It will take commitment. Researchers say it takes twenty-one days to form a new habit. Don’t wimp-out before your life has changed. “Quit quitting,” as my friend Tom Rogers would say to his group of runners, joggers and walkers.

Daniel doesn’t say, “you guys are terrible for eating that stuff.” He never belittles or judges. Beating people over the head rarely motivates. But loving, well-timed words of warning or encouragement might change a life.

There are times when my diet is outside of my control. When Beth and I had big, exquisite meals served to us overseas, I ate everything placed in front of me. When we go to a friends’ house, I eat whatever is served, and I’m grateful for it. When I need to choose between nothing or junk food, I’ll eat an unhealthy meal. There are times to be courageous and disciplined – and that’s most of the time. But never sacrifice grace.

God always comes to us in grace. Praise the Lord. He’s not disappointed in you. He adores you. Do your best to honor God with your body, but know his love for you, unlike the scales, never waivers.

Here’s a sermon I preached, with help from Dave Dunson (close staff friend and heart attack survivor who has radically changed his lifestyle) and Sloan Taylor (dietician and professional health guru). « He Knows He is Loved
What Every Kid Needs From You »