How to make a spoiled brat

Written by Brian Jennings, Posted in Blog, Your Family 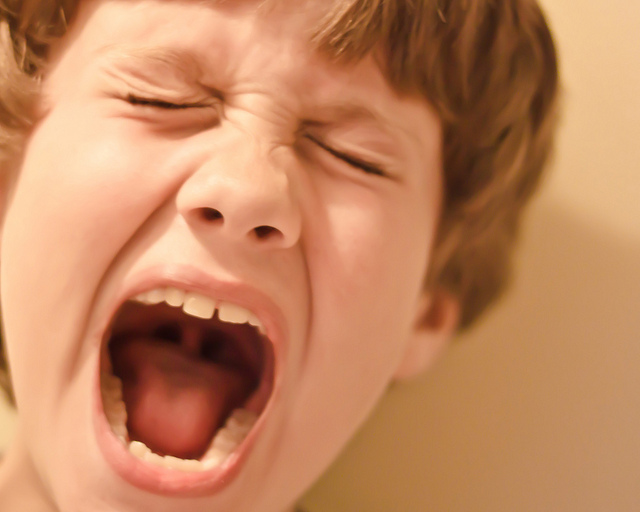 King David helped create scores of songs, a great nation, a powerful army and a spoiled brat named Adonijah. Adonijah tried to take advantage of his old and feeble father by hatching a plan to seize control of the kingdom. (Sadly, he wasn’t the only son of David who attempted a coup.) “He put himself forward.” He thought he deserved to be king. He was a brat.

How does someone stoop so low as to attempt to dishonor their own father in such a way? I Kings 1:5-10 tells exactly how such a disgraceful brat came to be:

Never Disciplined: “His father never rebuked him.” David confessed his sins (including adultery and murder) to God, and he was forgiven. Yet I can’t help but wonder if his past shame undercut his parenting. When he should’ve been disciplining his kids, was he thinking, “Who am I to tell them they’ve sinned?”  Regardless of the reasoning, David’s failure to discipline resulted in more than a bratty kid; it resulted in a completely wasted life and national crisis. Is there anything keeping you from correctly disciplining your children? If so, address it now!

Privileged: Adonijah had access to anything he wanted. If you grow up getting everything you want, one day you might have the nerve to say, “I will be king.” Why not? You already have access to chariots, horses and soldiers.

In their fantastic book, Small Matters, Greg Nettle and Jimmy Mellado drop a bomb on the privileged class: “Many children in our world suffer because they have too little, and many suffer because they have too much.” I know, you don’t live in a royal palace, but do you fight against living with too much? Do you resist the daily urge to accumulate more and more for you and your children?

Handsome: Adonijah, like his traitorous older brother before him, is described as being very handsome. Now, there’s nothing bad about this, and there’s nothing David or Adonijah could do about it. But let’s point out the obvious: When you already think the world revolves around you, being told that you are the best looking guy in the world isn’t going to bring your feet closer to the ground. Perhaps if David would’ve spent more time praising high character and disciplining sinful behavior, Adonijah’s looks might’ve been a blessing (i.e. Esther), instead of a curse. Do you praise beauty above character, riches above work ethic, honor roll above effort or three-pointers above teamwork?

Surrounded by enablers: Adonijah threw a party to gain political power. It’s significant whom he did NOT invite. The prophet Nathan’s name was conveniently left off the guest list. This is the same Nathan who rebuked David for his sin. Adonijah had no time for anyone who might question his ways. Spoiled brats need a posse of enablers. When parents don’t discipline, they create kids who avoid correction.

I’ve pointed out some of David’s parenting flaws, but let’s remember that Adonijah still chose to be a foolish brat. We can’t dump all the blame on David. One of the beautiful things about humanity is that we can choose wisdom regardless of our environment. The Bible offers zero excuses for Adonijah, but it does offer some explanations.

As for David, he’s still called “a man after God’s own heart.” Flaws and all, he loved the Lord. God’s grace sustained him, and it can sustain the rest of us imperfect parents too as we try to raise our children in the way of the Lord.

Related Posts: Why parents shouldn’t despair, 4 must-do parenting principles from Deuteronomy 6, What I learned from 40 feet of rope

« Sunshine – a morning prayer
What my shirt means »