2 words that changed my life 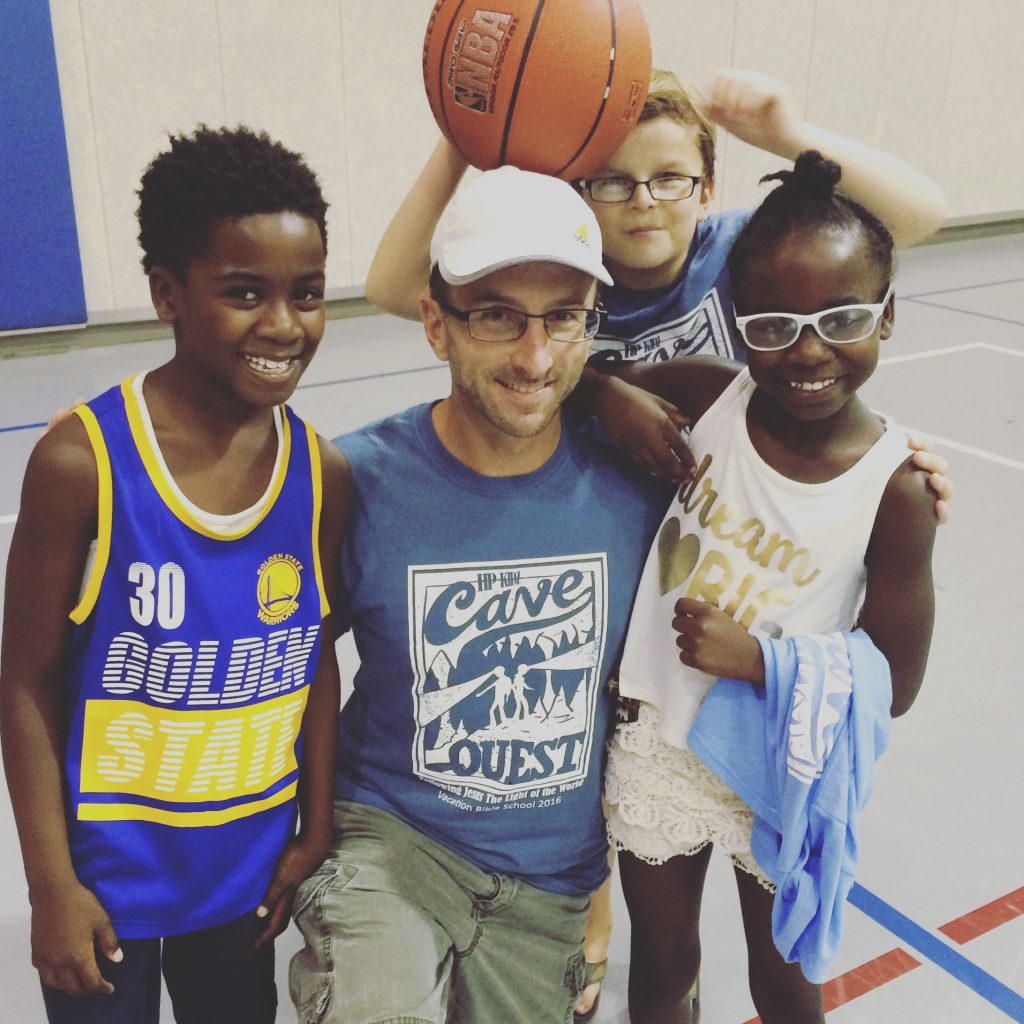 The difference between doing something really good in this world and doing nothing at all can be razor thin.

I met a family who visited our church on Easter Sunday. The mom’s car had broken down, so she called a taxi to bring her kids and a friend with her. When I met her kids, the words, “Maybe you can hang out with me and my kids someday,” rushed out before I could consider them.

Weeks went by and I did not see them, but I did not forget. I often thought of them and wondered about their story. But I did nothing.

Lots of my best thoughts have been followed by do-nothingness.

I’m guessing that most of you are like me. So what can launch us towards action, rather than just daydreaming about good endeavors?

Last year I read Robert Lewis’ awesome book, Raising a Modern Day Knight, which offers a fantastic, five-part definition of manhood. The first part of his definition contains two potent words that have wrecked my life in a beautiful way.

Most of us are born with a tendency to accept passivity. I’m not talking about turning the other cheek, humility, or being silent when insulted. No, that’s Godliness. I’m talking about seeing what needs to be done, and not doing a thing about it.

Consider Adam in the garden with Eve. When temptation came his way, Adam completely wimped out. He passively allowed sin to throw his life and the world into chaos, and then he blamed Eve for it. Consider the lady who never walks the the fifty feet to visit with her compassion-starved neighbor. Consider the student who witnesses a kid being bullied at school, but chooses to duck into another hallway. Consider the man who witnesses the mistreatment of a co-worker, but says nothing out of fear for his job security. Consider the friend who hears gossip spreading its ugly tentacles, but does nothing to put an end to the narrative. Consider that James says, “He who sees the good he ought do, but doesn’t do it, sins.”

When Asa became king, the Israelites were mired in the worst kind of passivity. “They conformed to the evil practices of their unbelieving neighbors, including male shrine prostitutes.” Asa could’ve taken the easy path, going with the status quo. But instead he rejected passivity, regardless of what it might cost him.

He embraced dependence upon God (II Chron. 14:11). When attacked, he goes to God for help. Rejecting passivity isn’t a macho, thump-your-chest bravado. Instead, it requires us to fall on our knees for help. (Tragically, in his old age, Asa would refuse to ask God for help when ill).

He listened to The Spirit (II Chron. 15:1-3, 7). Asa was told, “God is with you when you are with Him.” Do you hear both the promise and the warning? Israel had allowed evil to infiltrate the land, so Asa needed to clean house. He would need to hear the words, “Be strong.” He’d never reject passivity without taking instructions from God.

God speaks. Are you listening?

He did what needed to be done (II Chron. 15:8-9, 12, 16). Asa sets out on relentless mission to rid the land of evil. I’m sure he met economic, social, physical and spiritual resistance, but he rejected all passivity.

His obedience even led him to his own home. His grandmother had become part of the problem, poisoning others with the wickedness of idolatry. What would you do if God told you to kick your grandma out of the palace? Asa ordered his Granny to hit the road.

When King David was old and feeble, he brought Solomon near to give him a final charge. In those powerful words, he whispers an awesome definition of Biblical manhood: “Be strong, act like a man, and observe what the Lord requires.”

“Do not conform to the patterns of this world, but be transformed” (Romans 12:2).

He found true rest (II Chron. 15:15). Passivity is lazy, but it’s anything but restful. When you ignore what needs to be done, it’s like placing a burden on your back. It will wear you down to exhaustion. But when you reject passivity, you’ll discover the peace that only comes from God.

The Bible is brimming with people, who in their best moments, rejected the common sense, instinctive, go-with-the-flow lure of passivity. Peter could’ve stayed in the boat, instead he tried walking on the water. David could’ve run from the giant, instead he said, “Why is everyone letting this man mock God?” Paul could’ve remained silent when threatened, instead he preached when faced with death.

No man in history rejected passivity like the Son of God. Jesus could’ve snapped his fingers and called an army of angels to annihilate his killers and sweep him into safety, but he took the cross.

It took an embarrassingly long time for me to reject passivity with the kids I’d met on Easter. Because they’d moved and changed phone numbers, finding them proved difficult, but I didn’t give up. In the months that have followed, Beth and I have gotten to know the mom, we’ve brought the kids to VBS and basketball camp, we’ve gone hiking and we’ve had Nerf gun wars in our house. I’ve also learned a little more about why God would not let them slip out of my mind. God was gracious to give me a thousand reminders.

I wonder how you need to reject passivity today. Do you have a ministry to launch, a way to volunteer, a habit that needs dropped, a friend who needs encouraged, a stranger who needs a greeting?

I pray you’ll ask God to help you do what needs done. You’ll be blessed and so will our world.