How to tank your life in 5 easy steps 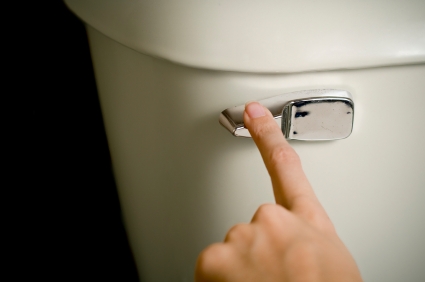 If you woke up this morning to a healthy marriage, family and career, and decided that you wanted to flush it down the toilet, I’ve got a great plan for you. If struggle upon struggle has piled upon your life, and you want to make it even worse, all you need to do is follow some easy instructions. If you yearn for a smeared reputation, bitter children and waves of guilt, you’ve come to the right place.

We can learn volumes of good things from King David. But he’s also wrote the manual for how to self-destruct.  II Samuel 11 unveils the ugliness of David’s greatest failure. It also shows us how we can tank our own lives. Just follow these five easy steps:

David should’ve been with the army. Instead, he’s lounging around the palace. While his men are bleeding in battle, he’s taking naps and strolling along the rooftop. When we shirk our responsibilities and abandon purpose, mission and discipline, we open our arms to temptation.

“The craving of a sluggard will be the death of him, because his hands refuse to work”   (Proverbs 21:25).

Don’t confuse rest with laziness. The wise rest, recharging their bodies, minds and souls. But the lazy sit around because they are selfish. They don’t want to help anyone else, not even themselves.

Perhaps he knew where to look, but the text doesn’t indicate this. So I assume that David’s first look at the bathing Bathsheba was innocent. But sin covered his second look, as well the subsequent lusting stares.

David stood on the edge of his palace and the edge of disaster. He had no safety net. He had no accountability. One weak moment and sin could strike him down.

If you want to tank your life, stand on the edge of disaster. Get as close to moral failure as you can, while touting, “See, I’m not sinning yet.” Flirt with the stranger. Withhold the whole story when you talk with your spouse. Remove any wise voice that might question you. Look once. Look again. And don’t think about any consequences. Trust the voice you want to hear. And soon enough, sin will cut you down. It will dance around as you bleed on the ground.

“Her house is a highway to the grave, leading down to the chambers of death” (Proverbs 6:27; read the whole chapter for a frightening look at the cost of sexual sin).

David used his wits and power to concoct a devious plan to transform his fantasy into reality. Soon, he was sleeping with Bathsheba, whose husband was fighting with the army. He traded so much for so little. He accepted years of consequences for a few moments of pleasure.

If you want to tank your life, fill your mind with sinful schemes. They’ll need your full attention. Everything else can wait.

“There are six things the Lord hates, seven that are detestable to him: haughty eyes, a lying tongue, hands that shed innocent blood, a heart that devises wicked schemes, feet that are quick to rush into evil, a false witness who pours out lies and a person who stirs up conflict in the community” (Proverbs 6:16-19).

When David hears that Bathsheba is pregnant, he ignores any thoughts of “how can I make this right,” and only commits to keeping it a secret.

Uriah, Bathsheba’s husband, proves troublesome. Out of solidarity with the troops, he refuses to sleep with his wife, even when David brings him home. Not even wine could change his mind. So David resorts to desperate measures. He sends Uriah back to the army and unleashes a despicable plan, which results in Uriah’s death. David was now a murderer.

“Each person is tempted when they are dragged away by their own evil desire and enticed. Then, after desire has conceived, it gives birth to sin; and sin, when it is full-grown, gives birth to death” (James 1:14-15).

If you want to tank your life, give all your attention to covering up your sins. Don’t pause to think. Control the situation. Believe that you can get yourself out of your trouble unscathed.

David’s debacle played out for almost a year. That’s a long time for one of a “man after God’s own heart” to be entangled in sin and deception. Throughout the Psalms, we read of David’s longing for God’s Word. He routinely prayed, sang to the Lord, meditated and read Scripture. But not once do we read of him doing any of these things during his deception.

“For the word of God is alive and active. Sharper than any double–edged sword, it penetrates even to dividing soul and spirit, joints and marrow; it judges the thoughts and attitudes of the heart” (Hebrews 4:12).

If you want to tank your life, don’t pray or read Scripture; you’re apt to feel conviction. Don’t listen to Bible teaching; you’re apt to be filled with wisdom. Don’t meditate on the Lord; your apt to change your plans. Don’t look to the heavens; keep your head in the sand.

I have to pause and ask, “Are you close to tanking your life today? Is your family in jeopardy? Your marriage? Your reputation? Your character? Your influence? Your ministry?”

Does danger lurk at your job? On your computer? On your phone? In the back of your refrigerator?

Truth: If you tank your life, you’ll take others with you. Is that what you want?

David found forgiveness and healing (and I’ll be posting a blog soon about how to do that through confession), but he paid a steep price for his sin. So did his family. So did his kingdom.

« My 3 takeaways from the NACC
Where confession leads »