Can you have unshakeable faith? 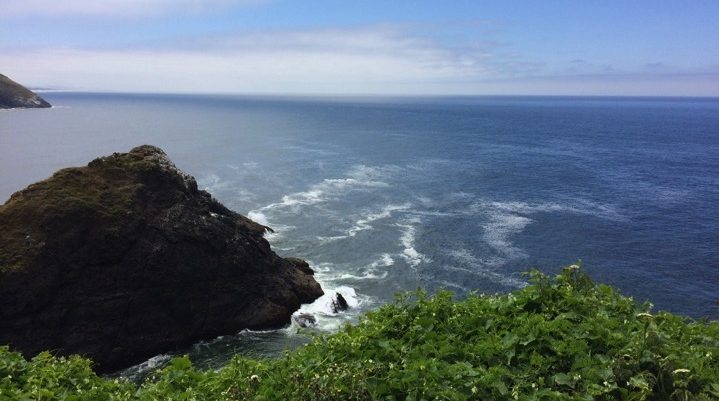 I met Paul in a quiet office somewhere in the middle of India. I can’t show you his picture. I can’t even tell you his real name. Some people want him dead.

Paul committed his life to Jesus a number of years ago. Everything changed: he ceased pretending to believe in the 33 million, impersonal Hindu gods. He began to see himself as someone valued and created by a real, loving, sacrificial God, as opposed to a product of the Caste System. Passion and joy filled him. He wanted to tell others, so he received training to share the Gospel and plant churches.

In rural India, thousands of villages have no Christians. This is where Paul went. He befriended people, shared the Good News (which is good, good, good news when you’ve been taught your story is already written and there’s nothing you can do about it), and began planting churches. Hindus are usually peaceful, but a sour mix of political ideology poisoned some with a thirst for violence. Hindu extremists have targeted many Christians, especially over the past decade. Paul brought kindness, joy, love and practical help (like food) to villages, but they viewed him as a threat. One day as he gathered with a church, a mob attacked. They punched, kicked and beat the people. A pregnant mother lost her baby in the attack. But Paul was whom they most wanted. An attacker raised his sword and slashed at Paul’s neck. Paul tried to duck and the sword smashed into the back of his head. The mob left, assuming Paul was dead.

Paul not only lived, he continued preaching. He could not stop.

Paul showed me the scar on the back of his head.

Before we even met, I’d heard a little of his story and I wanted to know one thing: “How was his faith so unshakeable?”

The prophet Jeremiah is called The Weeping Prophet. The book of Jeremiah tells of his heartache and tears, but it also sheds light on his faith. Like Paul in India, Jeremiah remained faithful. If you feel like your faith is shaky, if doubts creep towards you, ask yourself these three life-changing questions which emerge from the book:

Do you have a fire in your bones?
The phrase, the word of the Lord occurs more in Jeremiah than any other book in the Bible. Almost every time God asked Jeremiah to speak, he paid a steep price for it. He was rejected, mocked, beaten, thrown into jail and dropped into the mud of an old cistern, yet he kept speaking:

So the word of the Lord has brought me insult and reproach all day long.
But if I say, “I will not mention his word or speak anymore in his name,”
his word is in my heart like a fire, a fire shut up in my bones.
I am weary of holding it in; indeed, I cannot (Jer. 20:8-9).

What burns deep in you? What gets you fired up? What can you not hold inside?

If the fire burns hot enough, it will keep you alive during the winters of life. If you just barely serve God, your faith will freeze with a single frost.

If you don’t have a fire in your bones, you’ll have a wobble in your legs.

Do you have faith in God’s promises?
The Babylonians conquered the Jews and marched most of them off to exile. Confused, scared and angry, they received a letter from Jeremiah:  a word of the Lord. If you were them, you would’ve loved hearing Jeremiah 29:11: “For I know the plans I have for you,” declares the Lord, “plans to prosper you and not to harm you, plans to give you hope and a future.” There’s only one catch: the verse before it. Nobody includes verse 10 on their motivational poster. When 70 years are completed for Babylon, I will come to you and fulfill my good promise to bring you back to this place. They would not just be waiting for 70 minutes (inconvenient but doable) or 70 days (a major hardship). They’d be waiting on God for 70 years!

God’s promise was still right there. God’s love was still present. His power was still in place. The question is, “Could they keep their faith in God’s promises, even when it didn’t fit their agenda?” The same question can be asked of you.

We tend to pitch temper tantrums when God doesn’t answer our requests according to our agenda. We want to know WHY. We learn from Jeremiah it’s fine to ask why. It’s ok to lament and cry. But we also learn we can’t demand to know God’s reasoning. In the entire book of Job, which is filled with chapter after chapter of Job and his friends theorizing on God’s reasoning for allowing/causing Job’s suffering, God not once answers their why question. Not once.

God’s promises overwhelm our agendas, our timelines and our individuality. God is doing a work beyond what you and I can see. If we can trust Him, even when we don’t understand, we’ll find our legs a little more steady and our eyes a little wider.

Are you dwelling in God’s Presence?
How will God fuel you with his passion, lighting a fire in your bones? And how will you maintain faith in his promises?

You’ll need to spend time with him.

How do you learn to trust a friend? How do you get fired-up about someone’s plan? How do you grow close, even during stormy times?

If your relationship with God is the most important one you have, are you nurturing it like you should?

The one thing I know about people with a steady faith is that they are never, ever, ever too busy.

Conclusion
When I met Paul in India, I thought he’d be strong, bold and loud. I thought he’d have a little Rambo in his blood. Instead, I saw a quiet man. Paul is still preaching, but he fears for his wife and kids. Paul still trusts the Lord, but the nightmare of the attack keeps him awake. Paul’s still standing, but he looked a little wobbly to me. I saw deep faith, but I saw a vulnerable man.

We can’t overcome doubts with our own strength. God’s faithfulness overcomes our doubts. The Bible describes God, not our faith, as being solid as a rock.

A few weeks ago our family visited the coast of Oregon. We marveled at one massive rock near the shore. We watched the violent Pacific waves beat against that rock for almost an hour, and a funny thing happened – it never moved. I wouldn’t survive very long in that frigid, turbulent water, but I could cling to that rock for a long time. Maybe it’s time for you to cling to The Rock too.

“The Lord is my rock, my fortress and my deliverer; my God is my rock, in whom I take refuge, my shield and the horn of my salvation, my stronghold” (Psalm 18:2).

“May these words of my mouth and this meditation of my heart be pleasing in your sight, Lord, my Rock and my Redeemer” (Psalm 19:14).

“Turn your ear to me, come quickly to my rescue; be my rock of refuge, a strong fortress to save me” (Psalm 31:2).

“Since you are my rock and my fortress, for the sake of your name lead and guide me” (Psalm 31:3).

“From the ends of the earth I call to you, I call as my heart grows faint; lead me to the rock that is higher than I” (Psalm 61:2).