What Does God Say About Race? 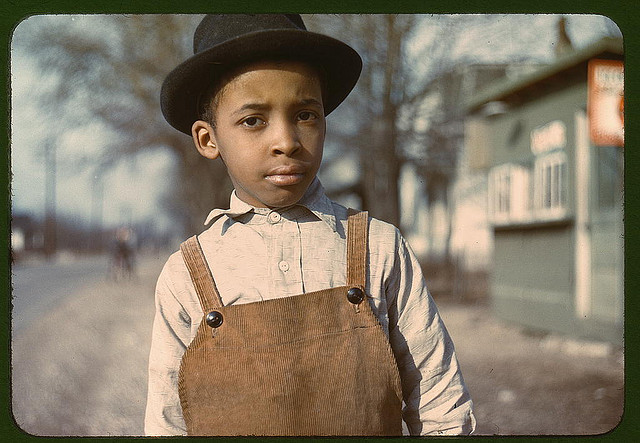 “People look at the outward appearance, but the Lord looks at the heart” (1 Samuel 16:7).

We usually focus on the second truth in that sentence, but it’s healthy to remember the first: “People look at the outward appearance.”

Not only in Samuel’s time, but in all the years since then, people have been looking at the outward appearance. While we’ve come a long way, still today we struggle.

My wife and I have two boys. In July 2009, we had the blessing of adopting our first daughter, Shurabe, who is from Ethiopia. Four months later, my wife gave birth to our younger daughter. Before she was born, one of my boys asked if his soon-to-be-born sister would have dark skin like his other sister. He just assumed that since one sister had a certain color of skin, the other one would too. Skin color meant nothing to him.

But unfortunately, most of us have learned to attach meaning to the color of a person’s skin. My family is close to a young woman named Raynisha, who was once chased by a pickup truck filled with guys yelling racial slurs at her.

Prejudiced behavior sometimes is more subtle: My good friend Omar, who is of Costa Rican descent, is married to Liz, a Caucasian. When they eat out, the waiter or waitress commonly gives her the bill.

As we grow up, we evidently decide we are fundamentally different from people who have a different skin color. But science shows that all of us are more alike than different.

The Origin of Color

We don’t know Adam and Eve’s skin color. We don’t know anything about the color of the people who began building the Tower of Babel in Genesis 11, but that story is fundamental to our understanding of this issue. God confused the people’s language so they would be forced to spread all over the earth.

One or more clans moved south and ended up in Africa, where the sun shines bright. The ultraviolet rays can cause skin cancer. However, people with dark skin have an advantage in these climates. Their skin is not as susceptible. Furthermore, dark skin prevents an essential B vitamin from being destroyed. So people with darker skin would live longer and be more apt to reproduce, while those with lighter skin would be at a huge disadvantage. In a couple of thousand years, a few DNA selections and some minor mutations produced a whole group of people who look a certain way.

Meanwhile, some clans went north. While dark skin is an advantage in sunny places, it is a disadvantage in cloudier and colder regions. It hinders the production of vitamin D, so if there isn’t much sunlight, that’s trouble. But lighter skin is more accepting of low-sunlight areas. In these areas, lighter-skinned people would live longer and reproduce more. The DNA selection and minor mutations among these people produced a group that look quite different from their distant cousins to the south. But they are still cousins.

And there are still more cousins who moved east and west and all over, each developing distinct characteristics.

While people groups who lived together for thousands of years took on their own identity, and certainly took on values and ways of life, the study of DNA has revealed something that is surprising to most. The differences in DNA between someone whose roots are from Vietnam, for example, and a person whose roots are from Iceland are surprisingly small. Minuscule is a better word.

The loss of melanin in lighter-skinned people was likely caused by a mutation in just one letter out of 3.1 billion letters of DNA. The greater DNA differences can be seen in the differences of the stuff on our inside—organ types.

I recently read the following from an evolutionist who has been studying DNA: “The low amount of genetic variation in modern human populations suggests that our origins may reflect a relatively small founding population for Homo sapiens.” Hmmm.

Scientists from National Geographic recently succeeded in extracting DNA from several Neanderthal skeletons (said to be only 30,000 years old). After careful analysis of DNA, it is apparent that Neanderthal DNA is very distinct from our own. Hmmm. Almost like they aren’t related to humans, whom, no matter where they are from or what they look like, have similar DNA. Hmmmmm.

This leads me to ask, “How would the world be different if we all accepted that there really is only one race, the human race, and we are all different shades of the same color?”

The Trouble with Color

I did some youth ministry training in Ghana about seven years ago. I went with a team of several people with similar skin color to mine. But one was 6-foot-3-inches and weighed about 265 pounds. One was 6-foot-2-inches and about 250 pounds and bald. The other was my size, but 20 years older and bald. The people from Ghana were around us all week, and they kept saying, “We can’t tell you apart. You all look exactly the same.”

You may laugh, but aren’t you guilty of the same thing?

This tells me we have trouble looking beyond skin color differences to see anything else.

My kids were disagreeing about skin color on the way to school one morning. One of them finally said, “Dad, aren’t we all either black or white? Shurabe says her skin is brown.”

They all agreed that I wasn’t white and she wasn’t black. I told them the Bible and science agree there really is only one race—the human race. We’re all different shades of Adam and Eve.

Then one of the boys said, “Yes, but I’m pretty sure my bottom is white.” We laughed a lot, and then agreed to test that theory that night. It turns out that even his untanned backside isn’t white.

As differences become a focus for how we view people, they lead to labeling, a catalyst for everything from personal prejudice to horrific genocide.

But we can honor God by leading the way in breaking down prejudice and eliminating labels from the way we view and discuss people.

• We can initiate friendships with people outside of our circle.

Studies show the way to improve feelings for people who look different from you is to befriend such a person.1 If we want to be agents of change, we must initiate friendships with those outside of our cultural circle.

• We can speak up against any form of prejudice.

Some people grew up in homes where prejudice was normal, and it slipped into their way of thinking. Hear me say this, “Grace still applies.” The death of Jesus is big enough to cover our sins, even prejudice. With that said, we need to turn to truth when we find it.

In Galatians 2:11-21, Paul confronts Peter to his face regarding this issue. Peter knew better. Paul could have said, “Yeah, that’s just old Peter. That’s just the way he is.” But he didn’t. He confronted him.

• We can see all people as God sees them, members of the one human race.

What does God say about race? Nothing! He acknowledges there are tribes (people living together), different nations, and different languages, but just one race. “You are all one in Christ Jesus” (see Galatians 3:26-28).

My family is trying to honor God in this area by no longer using old labels. If we need to describe someone’s skin color—which is usually a last resort—we describe how light or dark brown their skin is.

In five instances, Revelation uses a similar phrase to clearly indicate every person on the planet will stand on equal footing when judgment comes. There will be an amazing gathering one day; “Every tribe, tongue, and nation” will stand before God.

One day we will all stand together. Let’s begin now.